The bloodbath that was the First World War owed its launch in 1914 to the ruling-classes eternal profiteering at the expense or ordinary workers, but ultimately it owed its ending in 1918 to the relentless struggles for socialism waged by the global working-class. Although often overlooked in history books, the Bolshevik Revolution of October 1917 had already pulled the Russians out of the conflict, which in turn inspired mass working-class uprising in Germany which played a central role in ending the War.

“Beware the rewriting of history. The first imperialist world war was ended 100 years ago today by the outbreak of socialist revolution in Germany. #WorldWar1” (November 11, 2018)

One culprit in this rewriting of history against the interests of working-class struggle was, as ever, provided by the BBC. They chose to commemorate this anniversary by reminding the British public how, exactly 100 years ago, British armed forces had already invaded Russia and were fighting the Bolsheviks and aiding the far-right forces of the White Army, which apparently is something to celebrate, not to revile (“Tommies,” BBC Radio 4, November 11, 2018).

Nearer to my own home in Leicester, Father Frank Daly, a Catholic priest based in Hinckley, provided a rare counterpoint to the BBC’s warmongering when he made a powerful speech in which he sought to remind people about the needless horrors of war. Although Father Daly did not care to mention socialism, only of the good work of the Lord, he did speak of the hope that people had “that this so-called ‘war to end all wars’ would never happen again, that the hubris, pride and arrogance that caused it would never resurface and that the 20 million lives lost would not be for nothing.”

He continued, “it is something we must do, wear our poppies, gather in silence” to remember “those countless dead.” But he then moved onto the more political part of his speech, saying:

“And so the guns fell silent – only they didn’t, and they haven’t and they aren’t.

“That same cynicism of cigar-smoking, brandy swilling generals that sent thousands of men over the top like cannon fodder to instant and painful death without any thought of who they were, their families and where they came from is still alive and well today.”

Quite correctly he explained that “We must remember our own mistakes if we are to move forward.” He then continued:

“Much of our economy is enhanced by the arms industry which makes over 7 billion pounds every year from the sale of weapons to countries often of dubious integrity. Trillions of pounds are spent on the creation of a weapons system that could destroy the whole planet in a week. How can we lament the effects of war if we are profiting from the sale of the means of promoting it? How can we pray for peace when we are producing the very means of destroying it?

“This is the greatest hypocrisy. We have also created a so-called ‘hostile environment’ to actively prevent those who are feeling the effects of war today, the butchering of their families, the destruction of their homes, fleeing for their very lives, from finding safety and asylum here, because we feel they are just ‘migrants’ and a drain on our economy.”

But when Father Daly says that we created this ‘hostile environment’ and relentless war profiteering he is wrong, as these are the actions of a largely unaccountable capitalist ruling-class who always place the needs of big business before human life.

All the same, I still applaud the sentiment of Father Daly’s speech despite its shortcomings. Leicester’s local newspaper on the other hand could not help itself from criticizing the priest’s speech with an article titled “Fury at priest’s Remembrance Day speech which ‘insulted the fallen millions’” (Leicester Mercury, November 12).

The Mercury article cited four critics of Father Daly’s speech, one of whose words, which were quoted in the paper, had been initially posted as a comment on the Spotted Hinckley page on Facebook.* To date this angry patriotic (and ultimately confused) comment has received 21 likes. And here it is interesting to note that another comment left on the same Facebook page, that was made in response to the Mercury’s attack-piece on Father Daly, proved far more popular, garnering some 38 likes. That said, I doubt the Mercury will be running another follow-up article on this comment which observed:

“Agreed his [Father Daly’s] quotes are actually correct – we are there to honour the fallen, but we aren’t supporting the dream they were fighting for! They fought to stop oppression- we declared war in WWI and WWII because another country was doing something we believed was wrong so issued an ultimatum. We don’t follow the same stance now! We continue to supply arms to Saudi even though those arms are being used in Yemen which is constantly in the news – the priest was correct! We don’t simply honour the fallen by laying a wreath at a memorial once a year. We should be honouring them by sharing our freedom and protecting rights of others who cannot stand up for themselves.” (Facebook Comment, November 12, 2018) 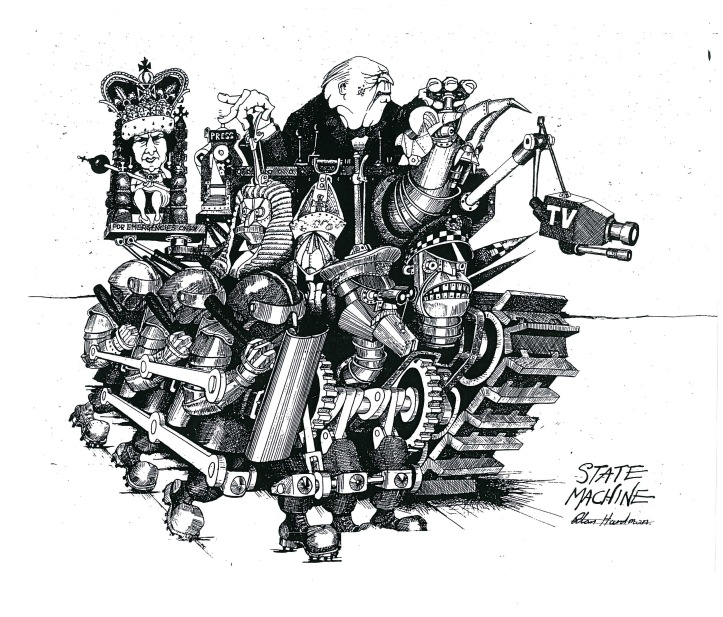 “Well, it’s been an emotional day. But the overriding emotion is anger. That the Hinckley Remembrance service was hijacked by a Catholic pacifist priest (Frank Daly) to deliver a highly politicised speech basically condemning every British serviceman for the last 100 years for doing their job, with many paying the ultimate price doing so. The man was an absolute disgrace. The one thing worse than a war is not being prepared to fight a war that needs to be fought, something completely lost on this individual. If he is invited back next year, then I shall pay my respects to the fallen elsewhere.” (Facebook post, November 11, 2018)