“The Parliamentary Labour Party and the Party bureaucracy remain firmly in the hands of the right wing. They seem determined to rule or ruin. Dirty tricks, sabotage and witch-hunts are their stock in trade.” These were the common-sense words of a statement that was agreed just last month at the Special General Meeting of the Labour Representative Committee (a committee whose president is John McDonnell).

On the issue of the sometimes problematic work being undertaken by Momentum, the statement explained:

“Momentum has successfully organised many of their number. Their mass mobilisation of activists undoubtedly played a part in Labour’s success in 2017. There are 150 local Momentum groups. They are composed of intelligent, independent-minded and enthusiastic Corbynistas. This will be a major area where the activities and ideas of the LRC can have an effect. They have formidable electoral achievements under their belt. They are feared by the Tory enemy.

“However, Momentum has a democratic deficit at a national level which makes it difficult to change it – with no regional organisation, no representation of the specially oppressed, and excluding those purged by the Labour Party. The LRC nonetheless encourages supporters to participate in local Momentum groups where appropriate.”

These criticisms are key to securing the future of a genuinely democratic and socialist Labour Party, and so the statement correctly highlights how:

“The real problem will come in the case of a Corbyn-led Labour government. Jeremy, John McDonnell and a handful of stalwart supporters have shown enormous resilience in the face of all the pressures mounted against them over decades. They must be saluted for this. But this will all be as nothing when they mount a threat to the rule of capital in government. They will need the support of a mass movement or they will surely crack from the unbearable pressures, political and economic, launched against them.”

The Labour Representation Committee however does not position itself as uncritical cheerleaders for Jeremy Corbyn and John McDonnell’s socialist ideals, hence they write:

This is an important point, although it also seems that many of the concessions that Corbyn and McDonnell have already made to the right wing have only served to embolden the Blairites. Nevertheless, in the spirit of exerting pressure from the left, the Labour Representation Committee are clear:

“It has been disappointing that so far there has been no mass resistance to the vicious cuts imposed on local councils… A statement on the prospects for work within the local authorities fighting against the cuts is the first step in a much-needed discussion in the Labour movement.”

Following on from this, one of the key motions passed at the conference thus demanded that the Labour Representation Committee must now “campaign to extend the struggle both in Parliament and in the wider movement to force the Tories from power and end austerity.” The motion in question then put forward the simple strategy which was that the Labour Representation Committee…

The Labour Representation Committee stopped short of calling upon Labour-run authorities to set legal no-cuts budgets. But it is clear that if Labour Councils want to lead a campaign against cuts, then one form of direct action that they should consider taking is to refuse to carry on passing on Tory cuts themselves. And for just one example of how Labour Councils could work together to stop further Tory cuts, now not later, then read the “No Cuts” Budget Proposal that was submitted to Leicester City Council by Unison City Branch only last year. Online here: http://www.cabinet.leicester.gov.uk:8071/documents/s82534/No%20Cuts%20Budget%20for%20City%20prepared%20for%20Unison.pdf 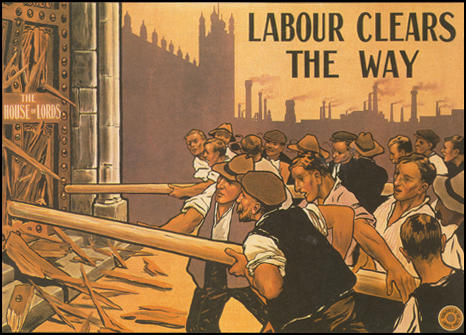